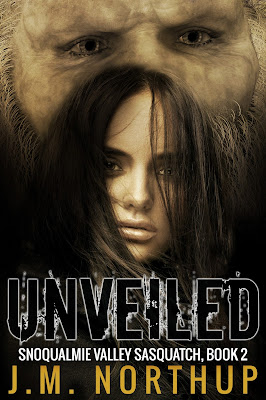 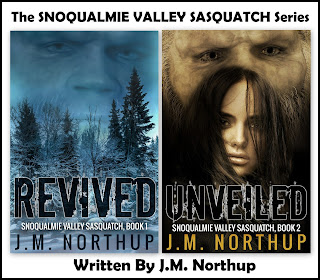 When a mysterious friend reappears in the lives of cousins Hannah and Jenna, a haunting past is revived. Tragic loss and prejudices lead to a search for answers about ancient myths that thrive in the Snoqualmie Valley of Washington State. Does modern science hold the key, or does the truth lie in something supernatural? Heartbreak and hope encourage an unlikely romance while drawing out the darkness of unexpected enemies. Can the strength of the cousins' bond protect them from a fearful future?
PURCHASE LINKS - US UK Canada France

For cousins, Jenna Warnke and Hannah Mitchell, life is anything but ordinary.
When Jenna loses her parents in a tragic accident, their lives in Washington’s Snoqualmie Valley are altered in unexpected ways. Despite the changes, Jenna still finds love with a mysterious young man she once believed was Hannah’s imaginary friend. Tall, dark, and hairy, Adam brings to life rumors of Bigfoot, but can science really explain his appearance? Is he really a supernatural creature, like some people propose, or is he just as human as anyone else?
Age-old fears and superstitions revive myths and reveal ancient secrets, but is there any truth to the tales? Are Jenna and Adam really the answer to a clan prophesy they’re believed to be?
What’s waiting to be unveiled in the forests of Snoqualmie?
PURCHASE LINKS - COMING SOON!!!

A PRISONER WITHIN is on SALE now for only 99¢
through KINDLE COUNTDOWN DEALS
from February 6th through February 12th, 2016! 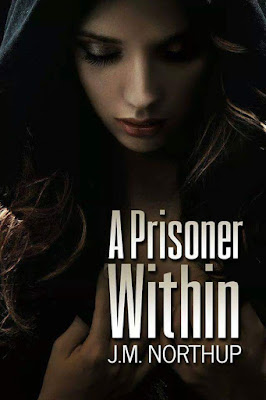 ***TEASERS***
Click on the picture to enlarge it for better viewing: 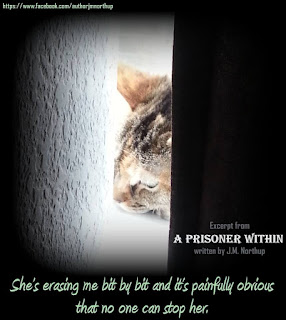 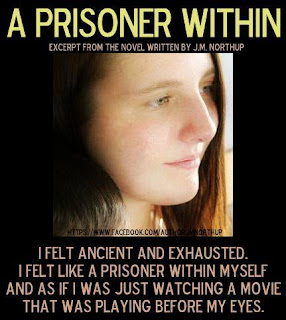 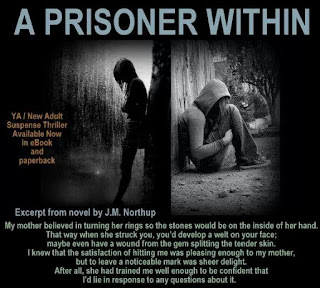 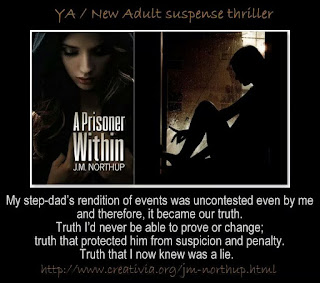 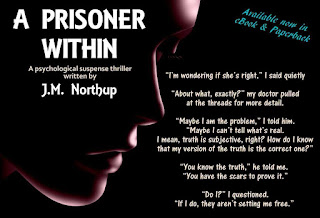 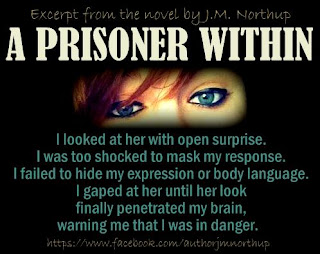 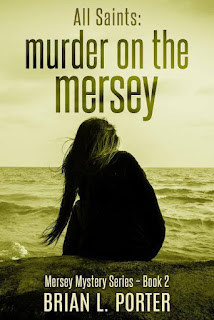 Readers from other countries can find the book at their nearest Amazon website by following this universal link which will automatically take them to their nearest Amazon website: http://getbook.at/AllSaints
For those who may wish to read the first book in the series, here’s a universal link that will take readers to A Mersey Killing: http://getbook.at/merseykilling
CLICK ON THE BOOK COVER
to be redirected to my REVIEW of book 1 in the series! 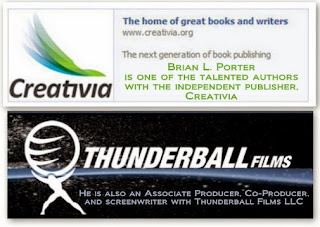 LEARN MORE about THUNDERBALL FILMS
Posted by J.M. Northup at 11:23 AM 3 comments:

Email ThisBlogThis!Share to TwitterShare to FacebookShare to Pinterest
Labels: #WIPS-NewReleases

1)      Please tell us about your work-in-progress, or WIP, as it’s known as in the industry.
Ø  What is the story about?
The story I’m working on is about the fall of civilization caused by four friends. These four friends did whatever it took to get that feeling of being ‘alive’ and ‘free’, but since civilization inhibited those deep desires, they decided to raid against it. These characters, like a lot of characters I create, are disillusioned with the fabric of their way of life, and seek to change the region they’re in to alter the fate of their people.
Ø  Who is the main character?
The narrator is named Youssef, but the character who gets the spotlight the most is Haitham, who is a seer. He continuously speaks to God atop high buildings, asking him the fundamental questions that philosophers ask.
2)     What inspired this tale?
Ø  How did the story come to you?
The story came to me when I thought of the world’s possible end. When that thought came in, I wondered, how would it happen and how can it be described in words?
Ø  Did you have to research for this novel and if so, why?
I haven’t done much research for it, no. Mainly, a poetry story speaks about the inner realm of human experience and emotions. My research for this book is mainly out of my observation of the world.
Ø  If you did research, what do you think surprised you most to learn and why?
Based on my observational experience, the thing I am surprised by the most is how we tend to choose evil over good, and how learning from our own mistakes is something we sometimes never do. These are the types of things I write about.
3)     Do you relate to your character(s)?
Ø  Is your protagonist anything like you personally?
Haitham is somewhat like me, yes.
Ø  If yes, then how?
The way he calls unto God with questions, wonders about how everything came together, and how things can be altered for the better relates to my perspective of the world.
Ø  What made you write this character; what made them important to you or made you want to tell their story?
What made me write this character was the question, “If a seer was to come upon humanity, how would he act and think?” This character is important to me because he attempts to reform the region he’s in using the inquisitive mind he has. I wanted to write his story so that all those who view life in the same lenses of him can relate and want to act upon their wishes rather than suppress them.
4)    Is there anything you specific want readers to know about this piece of work?
It’s going to be a story about characters who are so wild, that their own bodies can’t contain their spirits. It seeks to transcend the form of the human body.
5)    When will the novel be available for purchase?
In approximately 3 months from now.
Ø  Has the book already been published?
No, it hasn’t.
Ø  If not, when is the approximate release date?
It will be released within the April of 2016. Either a bit earlier or a bit later.

To learn more about Saleh and his books,
click on the picture below to be redirected to his Amazon page: