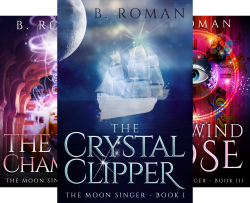 1)      Tell us about your work-in-progress, or WIP, as it’s known as in the industry or New Release…
Ø  What is the story about?
·       I have a completed a book that I consider a WIP because it was just submitted to Creativia for review.  It’s called, “Before the Boy”.  It’s a chilling prequel to the inspiring Moon Singer Trilogy.
·       The plot theme: Even in death a mother guides her son through triumphs and tragedies to his true destiny.
·       Billie Nickerson must accept her own mortality (as the only way she can assure her son will receive the intuitive gifts he was born to inherit) to save her family - and perhaps the world - from a disastrous fate. But, learning that she has died too soon creates a Karmic crisis as Billie tries to escape the afterlife and return to her loved ones.  In this story, we learn the uncanny circumstances that informed Billie Nickerson’s decision to raise her son, David, to become a seeker of spiritual truth.  As his teacher and mentor, she gave him the courage to overcome his unexpected deafness, to excel at music - and to hear the voice within that speaks from his soul.
·       Though Billie’s life is fraught with danger and dark spirits, and the power that David acquires places him in grave jeopardy, the story is an illustration of a mother’s love and devotion that transcends the boundaries of the here and the hereafter.
Ø  Who is the main character?
·       Her name is Billie Nickerson, and she is the mother of David Nickerson, the main character in my YA fantasy series, The Moon Singer.
2)     What inspired this tale?
Ø  How did the story come to you?
·       It’s a prequel to The Moon Singer books (The Crystal Clipper, The War Chamber, The Wind Rose).  Those stories focus on David Nickerson’s anger over his mother’s death and his feelings of abandonment.  He desperately tries to communicate with her through his crystals and his mystical time travel adventures.
·       After writing those 3 books, I realized there was one important story that was not completely told:  the story of David’s mother.  She is such an integral part of the Moon Singer books, and is David’s primary focus as he deals with many other issues that plague his family.  So, I delicately pieced together her life story from her youth to her love affair with David’s father and her untimely death in a car crash.
Ø  Did you have to research for this novel and if so, why?
·       Yes.
·       Half of the story takes place in the Afterlife, from which Billie keeps trying to escape and get back to her family.  I did a good bit of research on the afterlife, near-death experiences and related subjects to make it credible.
·       Also, Billie is a gifted musician, and I did some specific research on classical music pieces that she plays - and I describe - in her life before her death.
Ø  If you did research, what do you think surprised you most to learn and why?
·       All the amazing stories and writings about the Afterlife, how it differs from what we have heard and read, and just how much power spirits have over their own destiny.  Of course, one must suspend all disbelief when reading about such things, and embrace the “Impossible” as “possible.”
3)     Do you relate to your character?
Ø  Is your protagonist anything like you personally?
·       Yes and no.
ü  If yes, then how?
o   We are alike in our love of music and in our belief that music has transcendental and timeless powers that make life beautiful in a wide variety of ways.
o   I am the mother of a son with his own musical gifts.
ü  If no, how do you differ from one another?
o   I have a music background, but I couldn’t play Chopin’s Eb Nocturne if my life depended on it!
Ø  What made you write this character; what made them important to you or made you want to tell their story?
·       It’s that mother/son connection that is so powerful.  Billie and David’s bond is all wrapped up in their mutual Karmic destinies.  She needs to guide him on his life path so he can realize his potential as a spiritual force, and David needs to know why she had to die so that he can fulfill his own life’s mission.   Not only does love bind them together, it’s the gift of music that Billie passes on to her son that allows him to develop his metaphysical gifts.
4)    Is there anything you specific want readers to know about this piece of work?
Just that in my writing this book all the questions posed in the Trilogy are being answered.  And, I hope, readers will feel the love I have for my characters, and that they will feel the story is meaningful to them and adds some value to their own lives.
5)     When will the novel be available for purchase?
I’m hoping my publisher will slate it for early 2018.  Send letters!
Posted by J.M. Northup at 10:00 AM 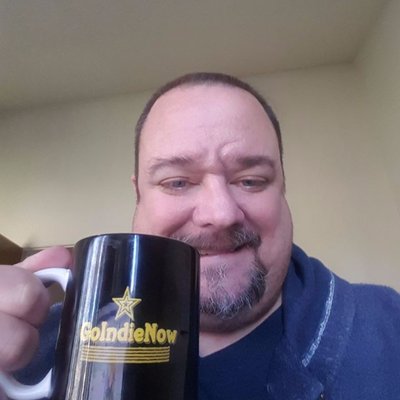